The Korea Conference is the first modeled by Korean-American entrepreneurs and collaboration between Korean government agencies and the media to support Korean startups' advancement in the U.S. market launched in Los Angeles on March 24th. The conference was held in the 'Fanta Sea One' yacht. Those on board were the people who are considered icons of innovation in various fields. Three Korean startups, including ShiftBio, were invited to this special event to participate and reveal their technologies and visions in the U.S. 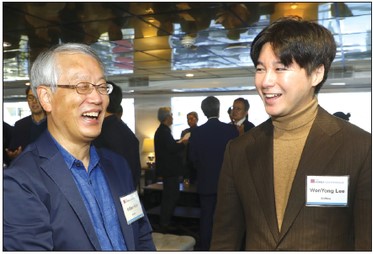 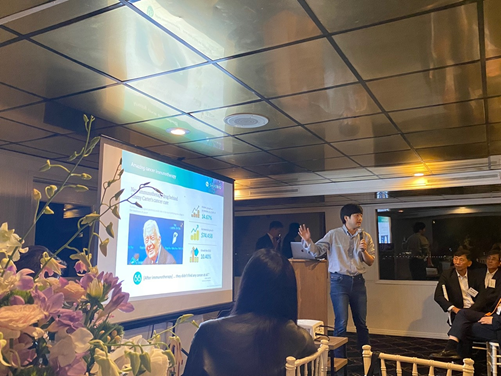 COO Gi-hoon Nam is presenting at the 2022 Korea Conference, LA.

The event was attended by Jason Cowett, co-founder of Odyssey; Mark Kelson, Chairman of the Western Branch of Greenberg Traurig; Jeffrey Gatsik and Wendy Baxter, senior vice presidents of Sony Entertainment. Michael Riyadi, the advisor of Repo Group and Arashi Parin, managing director of Sage Group also participated. In addition, more than 100 global company CEOs and executives were in attendance. Innovators from Korea also boarded the ship. These include Kakao founding member and former co-CEO Lee Je-beom, chief product officer (COP) of AmazVR, Lee Yun-haeng, managing director of Mando, the second-largest auto parts manufacturing company in Korea, a major affiliate of Halla Group, and Song Chang-bin, managing director of C.J. Group ENM. In addition, various figures were also present, including Philip Lee, chairman of eTVspots, a former Korean Hollywood actor, Joo-jong Jo, CEO of Y.G. Entertainment USA, and Professor Jin-hyeong Lee, the first and first Korean female professor at Stanford University. The event of 100 innovators, which is rare to see in one place, had the main idea as in the remark of CEO Jenny Joo, "Innovation from Korea finally starts sailing from L.A. today."

As CEO Won-Yong Lee stated in one of his interviews, this event was a good opportunity to introduce the ShiftBio and attract investment and nutrients to grow seeds in the U.S.